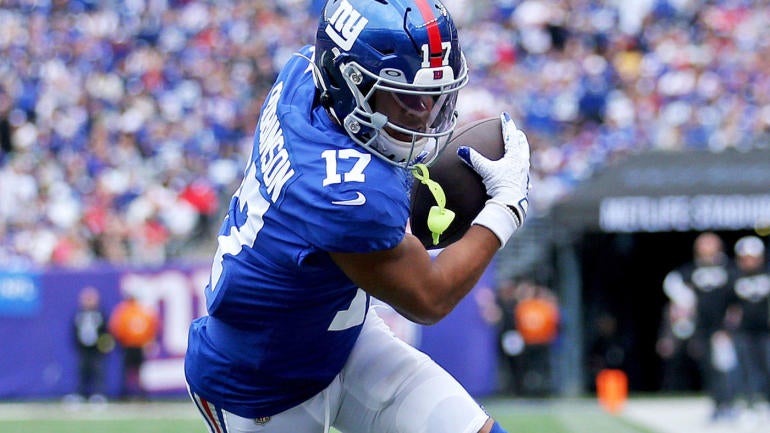 Week 7 is rather brutal when it comes to the players who are on a bye. It’s not going to be easy to replace the stars from Buffalo, Minnesota, Philadelphia and the Rams.

We don’t have the ability to use Josh Allen, Jalen Hurts, Kirk Cousins or even Matthew Stafford at quarterback. At running back, we’re without Dalvin Cook, Miles Sanders, Devin Singletary and Darrell Henderson.

The receivers who are out include Cooper Kupp, Justin Jefferson, Stefon Diggs, Gabe Davis, A.J. Brown, DeVonta Smith, Adam Thielen and Allen Robinson. And we don’t have Dallas Goedert or Tyler Higbee at tight end, as well as Dawson Knox and Irv Smith.

Look at those names and, for the most part, the production we’ll be missing. Hopefully, you’ve prepared for this scoring period in advance. But if not, we have plenty of options for you on the waiver wire as replacements.

And you might find that some of the players you could be adding this week — Alec Pierce, Wan’Dale Robinson and Latavius Murray, among others — could have some staying power for the rest of the season. Those are the players we want to put on our roster at this point in the year.

Editor’s note: For this waiver wire column, we are only looking at players rostered in less than 65 percent of CBS Sports leagues.

Thanks for signing up!

Keep an eye on your inbox.

There was an error processing your subscription.