It’s Halloween, and space organizations don’t plan on letting us forget it. NASA Twitter handles have been switched.

NASA Exoplanets is now NASA Hexoplanets and NASA Goddard is now NASA Ghoul-dard. The James Webb Space Telescope updated its heavenly Pillars of Creation portrait to give off something of a hellish vibe. And on Monday, the European Southern Observatory is rounding out the spooky drama with a photo of what it calls the ghostly remains of a gigantic star.

It’s a whopping 554 million-pixel image that paints a cosmic marvel, called the Vela supernova remnant, in translucent lavenders, piercing pale blues and stringy sunset colors. In the spirit of Halloween, might I remind you that a supernova remnant isn’t just the leftover corpse of a star. It’s sort of the equivalent of chopping up that corpse and sprawling its pieces across space.

Technically, this scene is composed of several observations produced by a wide-field camera dubbed OmegaCAM, which has a staggering 268-million-pixel capacity. Various filters on the device are what allow the image’s beautiful hues to shine through — four were used on Vela specifically to create a color scheme of magenta, blue, green and red.

To be clear, this means the image is colorized. Out in space, the remnant probably doesn’t quite look so rainbow-like. It’s just easier to parse through different astronomical aspects of space pics when we have some colorful dividers. But what isn’t technologically enhanced is the way Vela – named for a southern constellation which translates to “The Sails” — structurally looks. 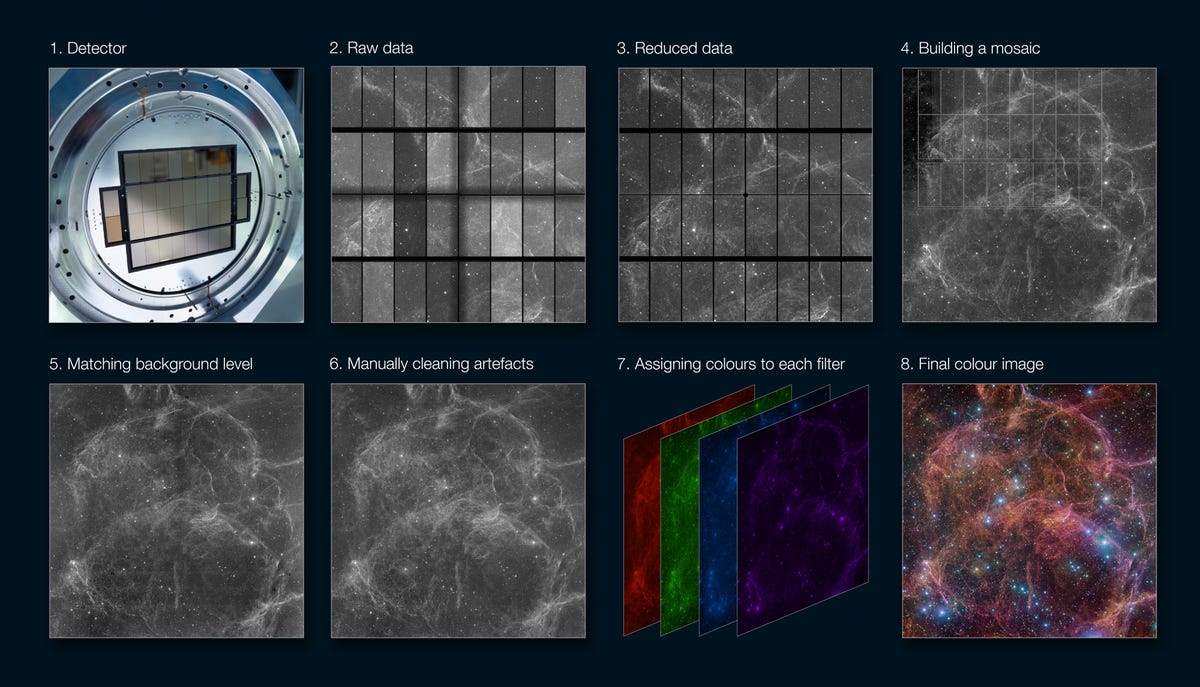 In this image progression, you can see how scientists used OmegaCAM to image the Vela Remnant. You can also see what the image looks like before colorization.

Those almost-3D bubbles of dust and gas are real. Every diaphanous streak is expected to be accurate. And the story this tells of the giant star’s ultimate demise is, presumably, true.

Nevertheless, if you ask me, this ghost isn’t quite so scary. It’s stunning.

It’s one of our universe’s mind-bending creations

About 11,000 years ago, a massive star died and unleashed a powerful explosion that caused its outermost layers to shock wave into surrounding gas in the region.

That disturbed gas, over time, compressed and created the threaded structures we see in the image. Plus, whatever energy was released during the event forced spots to shine brightly, casting an ethereal glow over the entire landscape.

As for the dead star itself, the root of this detonation, it’s now a neutron star — a stellar body so unimaginably dense that one tablespoon of it would equal something like the weight of Mount Everest. ESO also explains that this particular neutron star happens to be even more extreme than the average one. 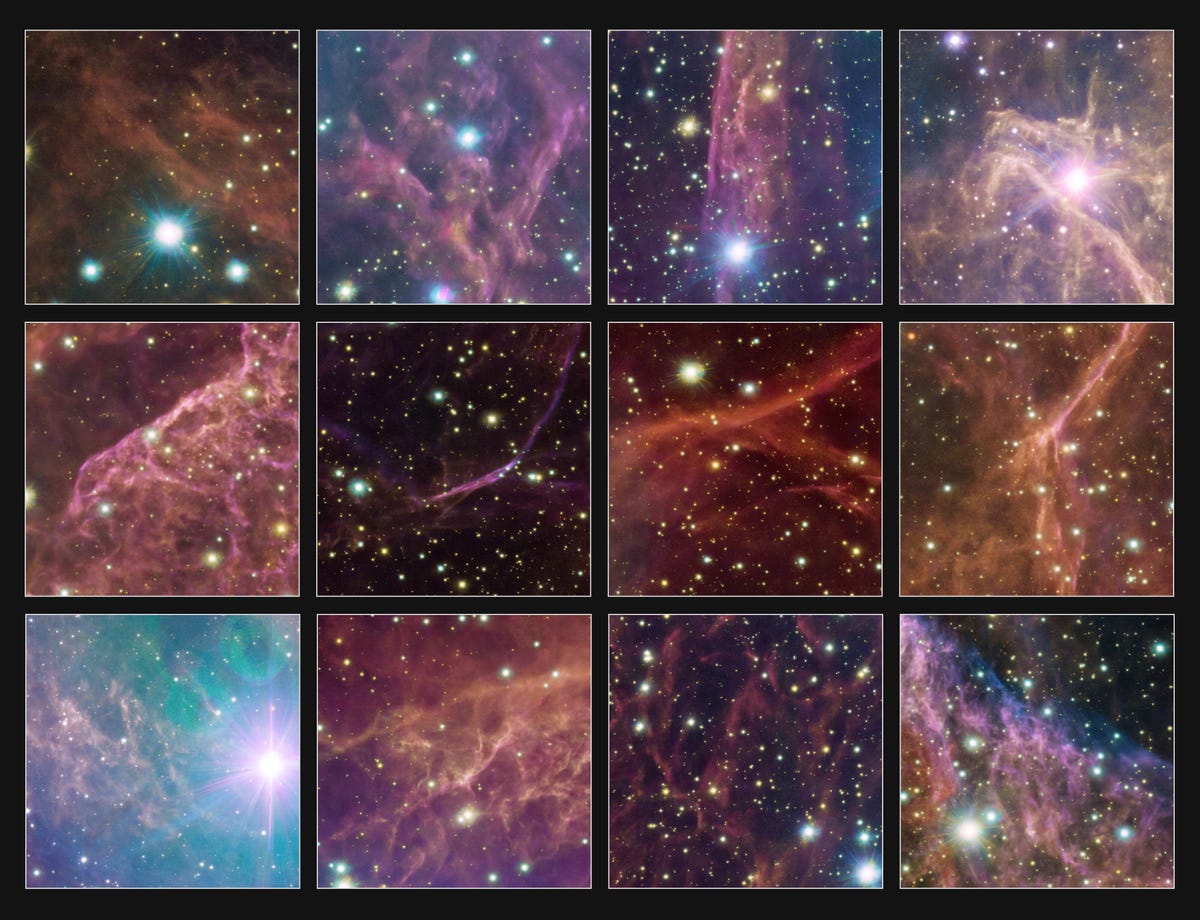 Some highlights of ESO’s Vela image.

It’s a pulsar, meaning it spins on its own axis more than 10 times every second. I don’t even want to think about how many times it has spun since I started writing this article.

And “at only 800 light-years away from Earth,” ESO said in a press release on the image, “this dramatic supernova remnant is one of the closest known to us.” But because one light-year denotes the distance light can travel in the span of one year, I wouldn’t quite say it’s traversing our cosmic backyard.

I mean, not that I’d care if we could physically see this beautiful “ghost” from here on Earth — of course, assuming its radiation (and other hazardous material) doesn’t haunt us before we get a glimpse.