Millions of Americans are prescribed statins to reduce the risk of heart disease, but many prefer to take supplements like fish oil, garlic and flaxseed. 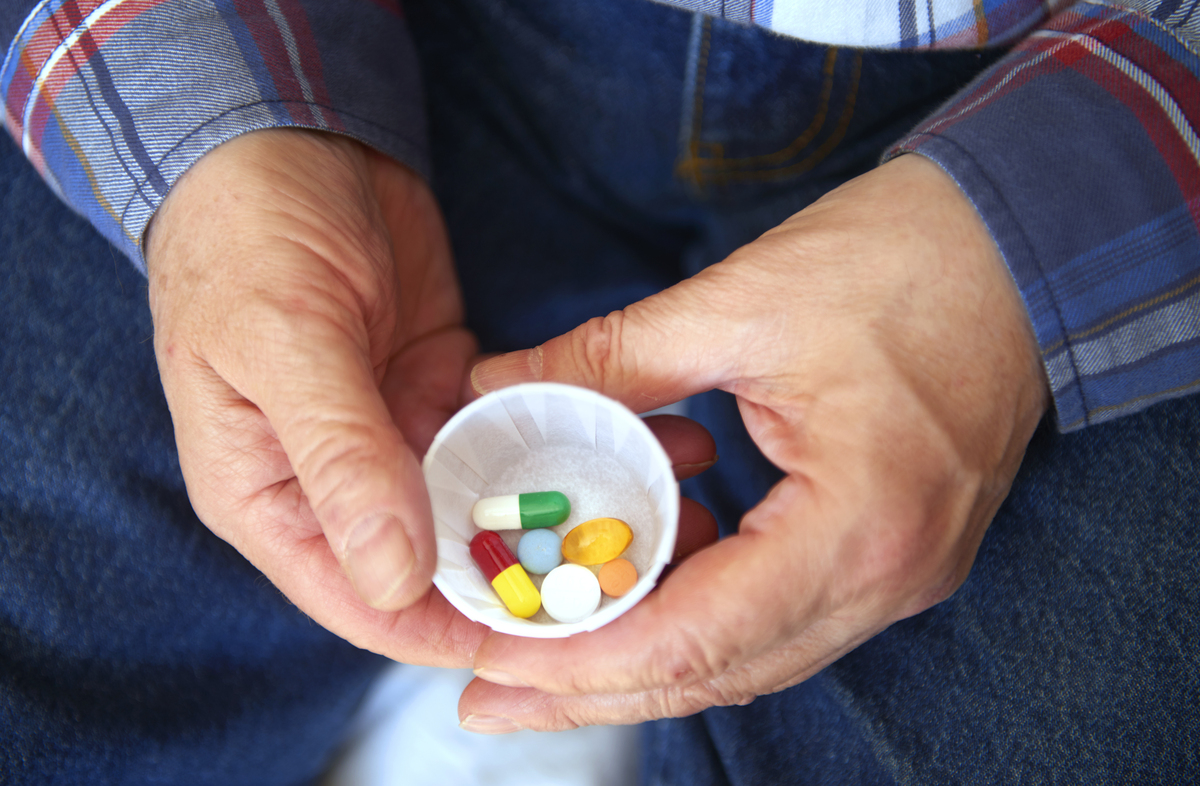 Millions of Americans are prescribed statins to reduce the risk of heart disease, but many prefer to take supplements like fish oil, garlic and flaxseed.

If you were prescribed medicine to lower your risk of a heart attack or stroke, would you take it?

Millions of Americans are prescribed statins such as Lipitor, Crestor or generic formulations to lower their cholesterol. But lots of people are hesitant to start the medication.

Some people fret over potential side effects such as leg cramps, which may be – or may not be – linked to the drug. As an alternative, dietary supplements, often marketed to promote heart health, including fish oil and other omega-3 supplements (Omega-3’s are essential fatty acids found in fish and flaxseed), are growing in popularity.

So, which is most effective? Researchers at the Cleveland Clinic set out to answer this question by comparing statins to supplements in a clinical trial. They tracked the outcomes of 190 adults, ages 40 to 75. Some participants were given a 5 mg daily dose of rosuvastatin, a statin that is sold under the brand name Crestor for 28 days. Others were given supplements, including fish oil, cinnamon, garlic, turmeric, plant sterols or red yeast rice for the same period.

The maker of Crestor, Astra Zeneca sponsored the study, but the researchers worked independently to design the study and run the statistical analysis.

“What we found was that rosuvastatin lowered LDL cholesterol by almost 38% and that was vastly superior to placebo and any of the six supplements studied in the trial,” study author Luke Laffin, M.D. of the Cleveland Clinic’s Heart, Vascular & Thoracic Institute told NPR. He says this level of reduction is enough to lower the risk of heart attacks and strokes. The findings are published in the Journal of the American College of Cardiology.

“Oftentimes these supplements are marketed as ‘natural ways’ to lower your cholesterol,” says Laffin. But he says none of the dietary supplements demonstrated any significant decrease in LDL cholesterol compared with a placebo. LDL cholesterol is considered the ‘bad cholesterol’ because it can contribute to plaque build-up in the artery walls – which can narrow the arteries, and set the stage for heart attacks and strokes.

“Clearly, statins do what they’re intended to do,” the study’s senior author Steve Nissen, M.D., a cardiologist and Chief Academic Officer of the Heart, Vascular & Thoracic Institute at Cleveland Clinic told NPR. By comparison, he says this research shows that supplements are not effective. “They do not promote heart health. They do not improve levels of the bad cholesterol.” Nissen says supplements can be expensive compared to statin medications. Depending on insurance, Nissen says people may pay less than $5.00 a month out-of-pocket for rosuvastatin.

“Statins are the most effective heart attack and stroke prevention drugs that we have really ever seen,” says Michael Honigberg, MD, a cardiologist and researcher at Massachusetts General Hospital who is not affiliated with the new study. He says the new findings add to an already large body of evidence showing statins lower LDL cholesterol, and he’s not surprised to see that the supplements were not as effective.

However, he says, not everyone with a family history of heart disease or slightly elevated cholesterol should be on a statin. The American College of Cardiology and American Heart Association developed some prescription guidelines. Typically, if a person’s LDL cholesterol (bad cholesterol) is 190 or higher, they’re often advised to start a statin. Health care professionals use a risk calculator to estimate a person’s risk of having a heart attack or stroke over the next 10 years. If the risk is high enough, based on factors including age, blood pressure and smoking status, then a statin may be recommended.

Honingberg says for people who have slightly elevated cholesterol, but are not at high enough risk to be prescribed a statin, he recommends that they focus on diet and exercise, rather than buying supplements. “I tell my patients to save their money and instead spend that money on eating heart healthy, high quality food.” He points to studies that show heart-healthy diets, including Mediterranean diets which emphasize healthy fats, lots of fruits, vegetables and whole grains and the DASH diet, significantly reduce the risk of heart disease. “I think a formulation that we perhaps don’t use enough is that food is medicine and is probably a more effective medicine than supplements,” says Honingberg.

The National Center for Complementary and Integrative Health, part of the National Institutes of Health, has also concluded, based on prior research, that omega-3 supplements do not reduce the risk of heart disease, but eating fish – which contains omega-3 fatty acids – is linked to a reduced risk. This suggests that omega-3 fatty acids are most beneficial as part of a healthy diet. And it’s worth noting that the NIH review concludes that omega-3 supplements may help relieve symptoms of rheumatoid arthritis. Omega 3’s are also added to baby formulas to promote brain development. The NIH review also concludes that omega-3 supplements can lower triglycerides, a type of fat found in the blood. But Dr. Honingberg says this may be recommended for a “small subset of patients” with very high triglyceride levels.

As for people whose risk of heart disease is high enough to warrant a statin prescription, Dr. Honingberg says he spends a fair amount of time talking through concerns with patients.

“We talk about the excellent safety profile and the very, very low risk of side effects,” he says. He describes the risk of serious side effects as “vanishingly small.”

Sometimes patients stop taking a statin because they believe it’s causing a certain side effect. But Honingberg points to a double-blind research study that showed when patients were given a placebo in place of a statin, patients reported feeling most of the same side effects. “So the punch line of the trial is people blame statins for side effects the statins aren’t really causing,” he says.