In 1998, scientists stumbled upon a surprising cosmic truth. Not only is the universe expanding, they realized, but it also appears to be accelerating as the years go by, sped up by a force we cannot see.

That mysterious influence would soon become known as dark energy, one of the greatest enigmas in physics.

It would complement the equally, if not more, confusing aspect of our universe called dark matter, a blanket concept scientists first evidenced in 1933 to describe whatever makes up the hidden, halo-like barriers preventing galaxies from simply falling apart. (Yet another force we cannot fathom with human eyes.)

But even though we’re unable to grasp the elusive nature of dark matter and dark energy with sight, we are able to measure it with math. And on Wednesday, in a series of papers in the Astrophysical Journal, astrophysicists managed to place the most precise limits yet on the composition and evolution of our universe — dark universe included.

With a powerful analytic mechanism dubbed Pantheon+, the team found the cosmos to be composed of about two-thirds dark energy and one-third matter, mostly in the form of dark matter. More specifically, they suspect that 66.2% of the universe manifests as dark energy, while the remaining 33.8% belongs to both dark and visible matter.

Even more exciting than the outcome of Pantheon+ may be the mind-bending way it operates. In short, the team harnessed an array of powerful, cosmic flashlights to peer back in time and document the universe’s contents as they were more than 10 billion years ago.

By “flashlights,” I mean Type 1a supernovae.

These star explosions are so bright that they outshine entire galaxies and are therefore seen from distances billions of light-years away from Earth. They’re just like flashlights, but instead of lighting up a long hallway, they light up the infinite tunnel of space and time. In fact, they’re critical to discovery of the dark universe, helping uncover dark matter’s existence in 1933 and dark energy in 1998.

Pantheon+ took things to the next level. Scientists behind the analysis focused on more than 1,500 supernovas that, when put together, collectively illuminate about three-quarters of the known universe. Whoa, indeed. 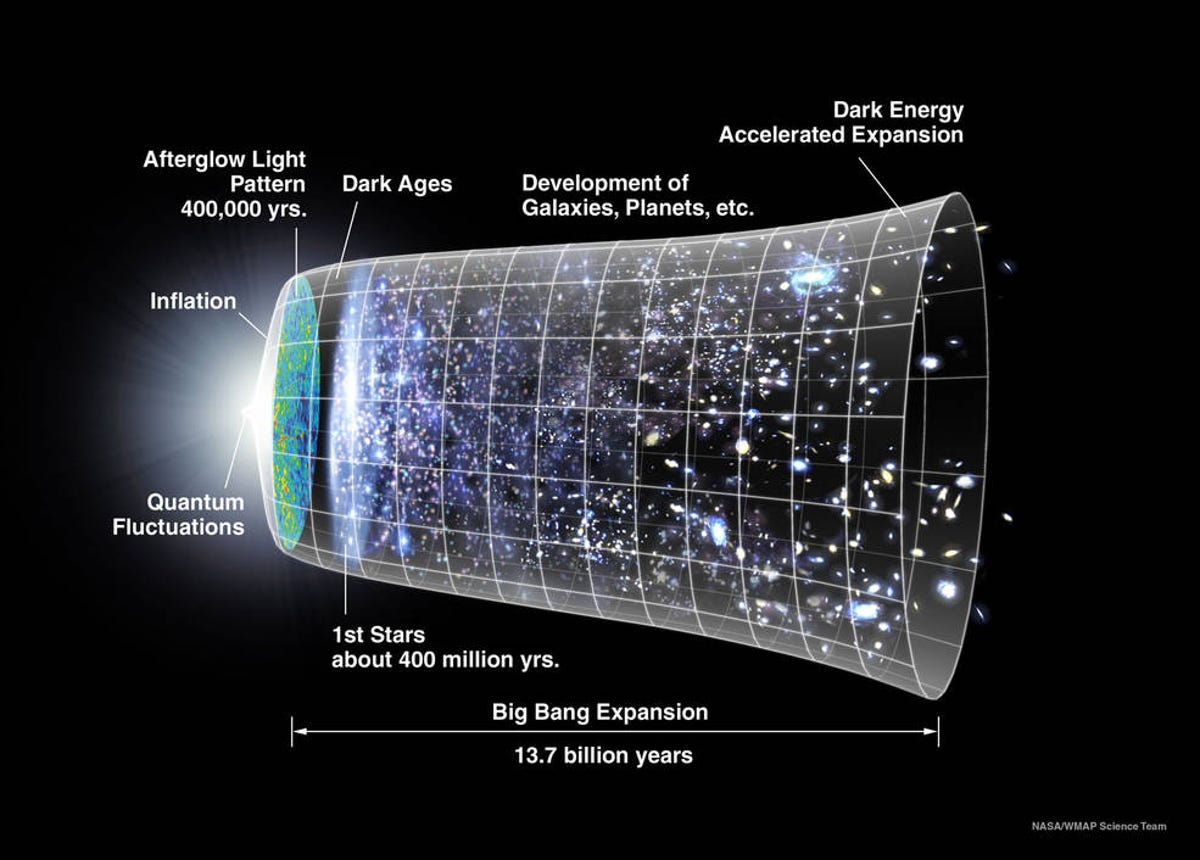 A timeline of the universe.

“This dataset is a unique opportunity to see dark energy turn on and drive the evolution of the cosmos on the grandest scales up through present time,” Brout said.

This could settle a few scientific debates

Down the road, the Pantheon+ legacy is poised to transcend the dark universe.

As an added bonus, the analytic tool also confirmed the cosmos is truly expanding at an accelerating pace, and it offered extremely promising evidence in support of a cornerstone of scientific thought: The Standard Model of Particle Physics.

This framework pretty much outlines how every single known particle behaves independently, as well as with one another, and even serves as the basis for many leading theories regarding what the dark universe is really all about. 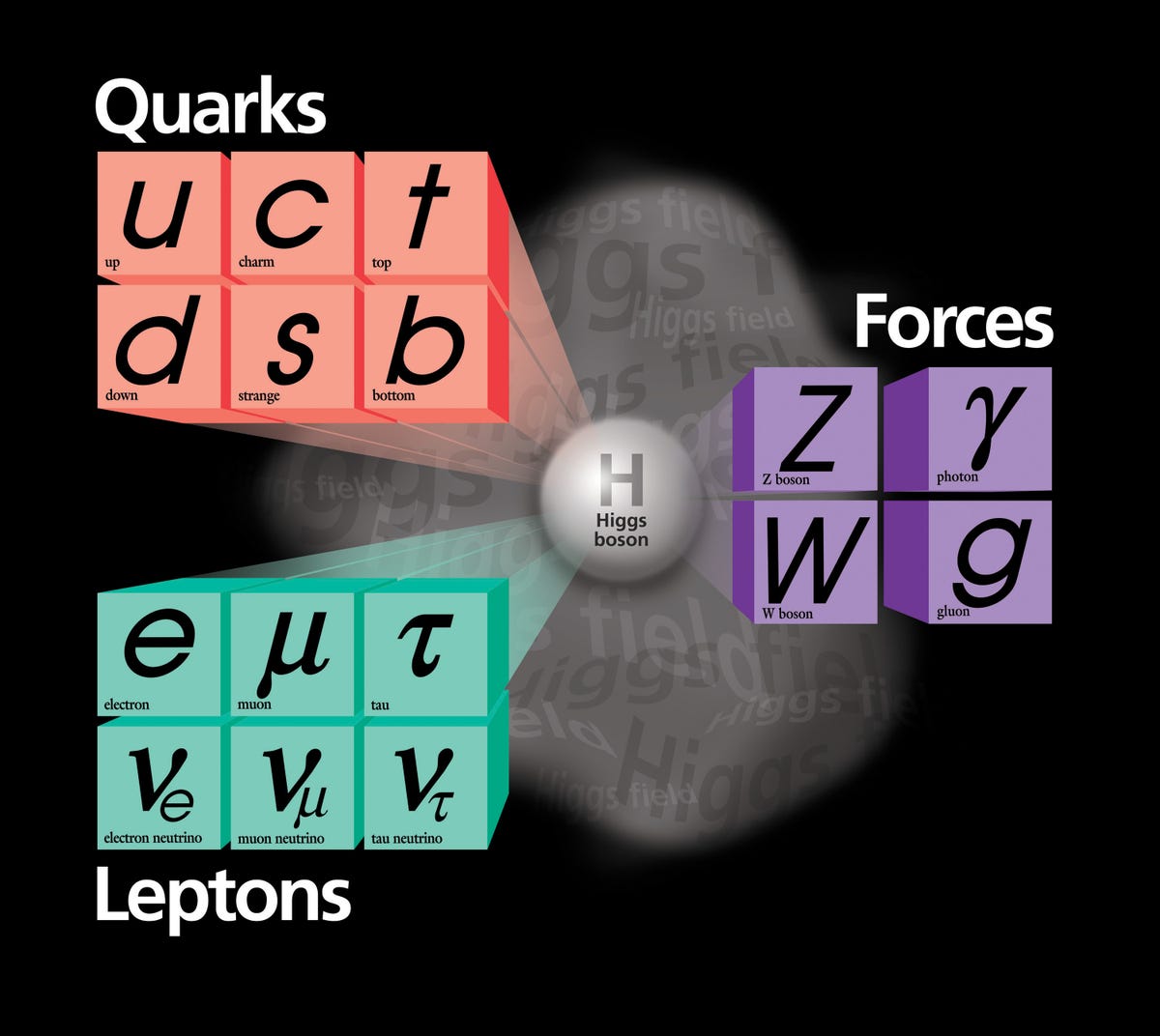 An image of the particles in the Standard Model.

“We are able to put the most precise constraints on the dynamics and history of the universe to date,” Brout said. “We’ve combed over the data and can now say with more confidence than ever before how the universe has evolved over the eons and that the current best theories for dark energy and dark matter hold strong.”

In other words, Pantheon+ might be telling us we ought to wrap up some alternate theories of dark matter and dark energy unrelated to the Standard Model. Those theories might be, well, incorrect.

Furthermore, we also have to talk about my personal favorite consequence of Pantheon+ datasets. At last, it could help put a longstanding, rather heated, debate among physicists to rest.

We may finally be on the road to decoding what’s known as the Hubble constant. Sort of.

Basically, we know the universe is expanding exponentially. We can literally see it happening in real time. But scientists cannot agree on the exact rate at which that expansion is happening. The key to the solution is the Hubble constant, but different ways of calculating that constant seem to yield different answers. 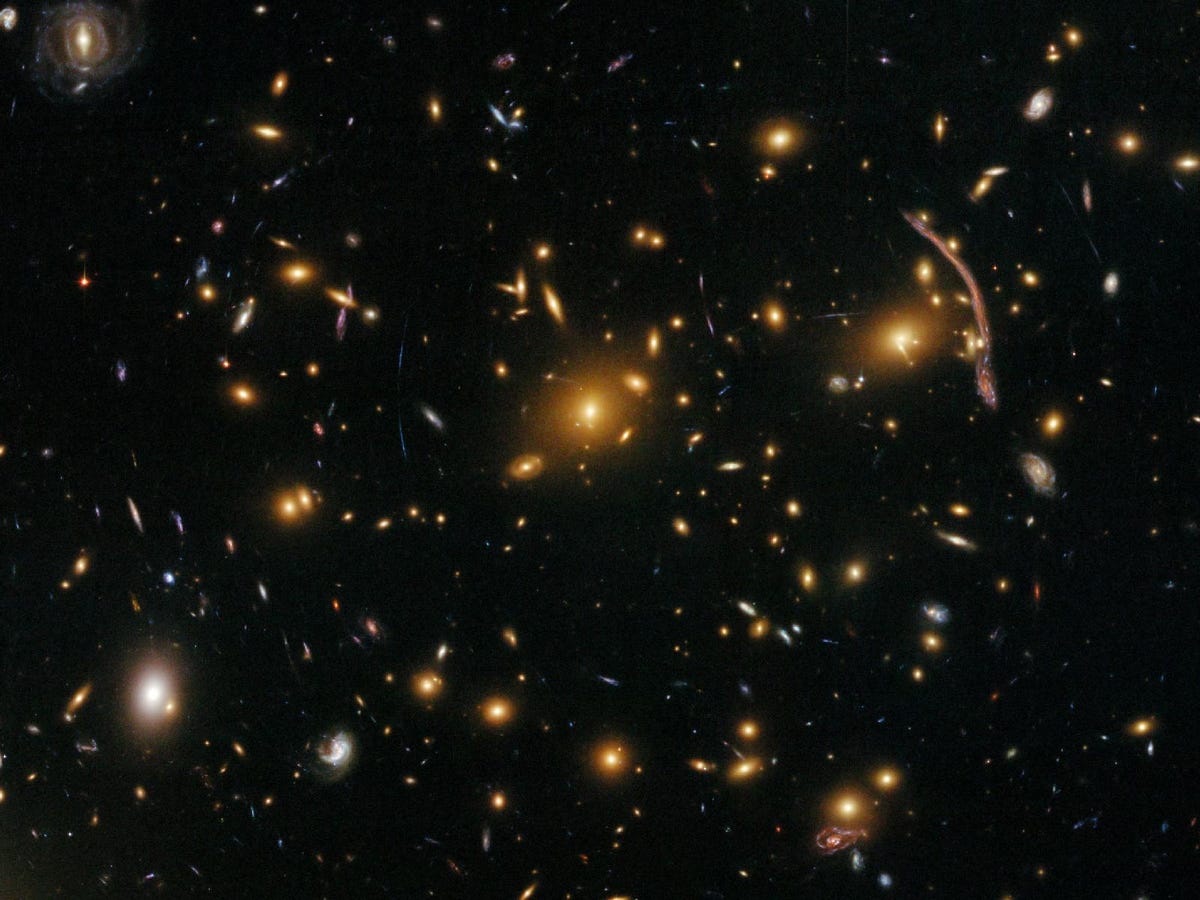 Though after pooling the Pantheon+ sample with data from another scientific collaboration, a Harvard press release states we may now have the most stringent local measurement of the current expansion rate of the universe. (Keyword here is “local.” That’ll come in later.)

In a nutshell, the collaboration found the Hubble constant to be 73.4 kilometers (45.6 miles) per second per megaparsec (km/s/Mpc) with a stunning 1.3% uncertainty.

“Stated another way, for every megaparsec, or 3.26 million light-years, the analysis estimates that in the nearby universe, space itself is expanding at more than 160,000 miles per hour,” the release explains. That figure, for context, is right in the middle of the 2001 landmark measurement of 72 km/s/Mpc and later reports of 74 km/s/Mpc.

It is, however, pretty darn far from another leading measurement that suggests a constant of 69.8 km/s/Mpc.

OK, yeah, there’s still a discrepancy. And, again, Pantheon+’s constant is based on “local” measurements.

As such, the Pantheon+ team emphasizes that “observations from an entirely different epoch of the universe’s history predict a different story.” Thus, in a way, having a new contrasting Hubble constant might not be solving Hubble tension, but rather heightening the already fraught debate? Like I said, it’s complicated. 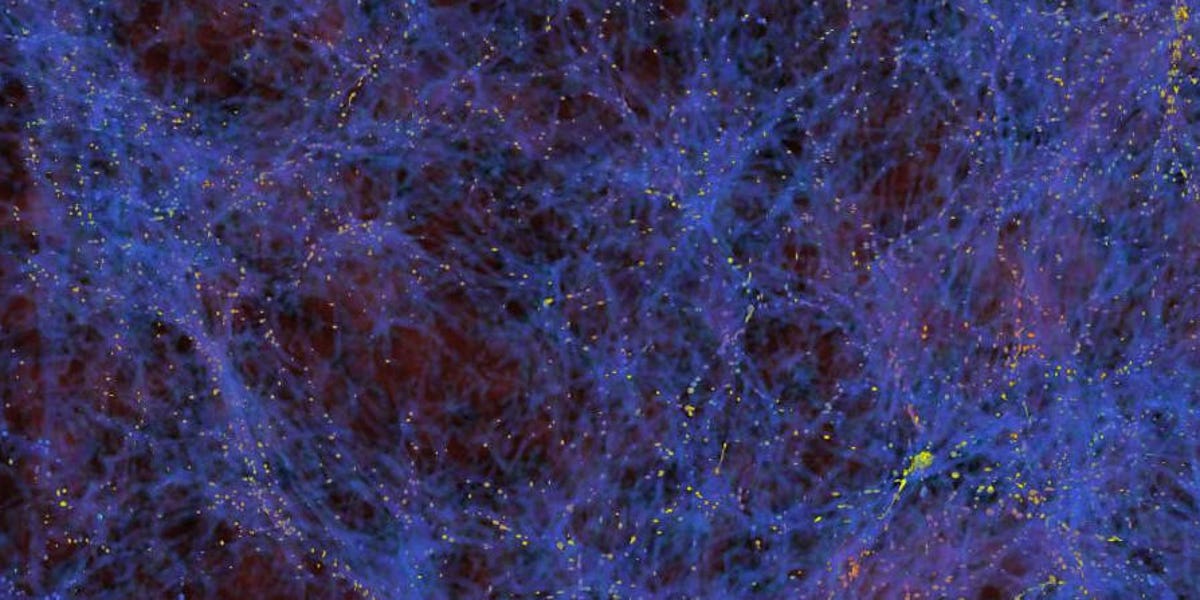 A simulation of dark matter filaments across the universe.

“We thought it would be possible to find clues to a novel solution to these problems in our dataset, but instead we’re finding that our data rules out many of these options and that the profound discrepancies remain as stubborn as ever,” Brout said.

But at the end of the day, because Pantheon+’s results are so pristine, perhaps they could at least elucidate where the point of contention lies in the Hubble constant debate.

“Many recent theories have begun pointing to exotic new physics in the very early universe,” Brout said. “However, such unverified theories must withstand the scientific process, and the Hubble tension continues to be a major challenge.”

Physics is stuffed to the brim with complex puzzles and conundrums and, honestly, straight up roadblocks. But I like to imagine these hurdles as motivation to keep the field going and minds turning. It’s why Pantheon+’s was innovated in the first place.

And with this mechanism, we absolutely have moved forward in dissecting the truth about the dark side of our universe — at the very least. Or as Brout puts it, “Pantheon+ is giving us our best chance to date of constraining dark energy, its origins, and its evolution.”